A new and progressive Code of governance

The Committee of Scottish Chairs is pleased to introduce the 2017 edition of the Scottish Code of Good Higher Education Governance.

This new edition is the product of an extensive evidence-based review of the Code, which began in 2016. It was conducted by a steering group that included representatives of students and the staff trade unions, other major stakeholders and independent voices.

Alongside the revised Code, the steering group published the conclusions and recommendations of the review. This document also gives more detail on the review process.

The review fulfils a commitment to review the previous edition after three years, in line with the HE sector’s commitment to continuous enhancement. The Chairs of Scotland’s 19 higher education institutions believe every system is capable of further enhancement and that good governance should continuously evolve.

The 2017 edition builds on the solid foundations of the 2013 Code, but includes a number of new and progressive elements. These include:

A word from the Chair of the Steering Group 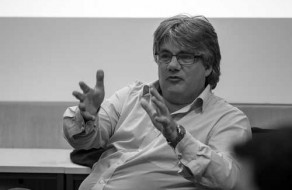 I have been privileged to lead a group that brought exceptionally rich knowledge of governance, with representation from all institution types and all of the major stakeholders from across the Scottish higher education sector, including trade unions and students, as well as voices from outside the sector.
I believe that the resulting Code is genuinely progressive, while remaining firmly grounded in sound principles of governance and best practice. The revised Code and the inclusive way it has been developed exemplify the sector’s ethos of continuous improvement and partnership working. The Code provides an enhanced framework for Scottish higher education to build on these strengths, with the right mechanisms of oversight to foster continued success across its world class institutions and to strengthen the reputation of the sector with all of its stakeholders.
The new elements of the Code mostly relate to the major themes of the review:
• the shared responsibilities of all governing body members;
• transparency and communication with stakeholders, including enhanced provisions around the work of remuneration committees;
• equality and diversity;
• ensuring consistency with the Higher Education Governance (Scotland) Act 2016.
The revised Code is the product of an extensive, inclusive and evidence-based process. We listened carefully to the views expressed in public consultations, making significant changes in response. I am aware that higher education governance is entering a period of change. The revised Code will give institutions, governing body members and stakeholders alike the necessary reassurances to approach governance with confidence in this changing context.

For a longer introduction to the Code, read the Ian Marchant’s covering letter, on transmitting the new Code to the Committee of Scottish Chairs.